You are here: Home › Counter-poaching technologies and research › Video and Photo gallery

Day in the life of a ranger’s dog

The CSIR assisted the South African National Parks with writing specifications for canine units to be deployed in the Kruger National Park as part of an on-going partnership between the two organisations.

The CSIR has entered into an agreement with the South African National Parks to offer support in counter poaching efforts.

The CSIR has converted a standard 4 x 4 trailer into a mobile tactical unit, which will be used by the Mpumalanga Tourism and Parks Agency in clandestine counter-poaching operations. 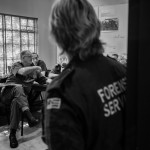 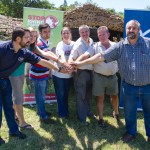 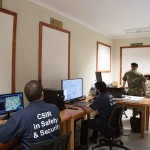 A technical CSIR team oversees the use of a customised CSIR-developed system where information is analysed, collated and disseminated for operational use. 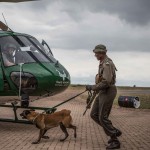 CSIR research looks at various options to improve mobility, clothing and protection, equipment and weapons, as well as assist with training of specialised reaction forces. 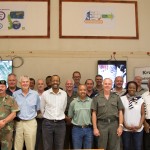